A series of articles born out of critically thinking on the works of several Catholic Apologists and comparing their work with Scripture.

The pillar and foundation (ground) of the truth

Timothy I 3:15 and if I delay, that you may know how it behooves [you] to conduct yourself in the house of God, which is an assembly {greek word = ekklesia which is normally translated as church}of the living God -- a pillar and foundation of the truth, ...Young's Literal Translation 1898

Many Catholic apologists have pointed to this verse to "prove" that the Catholic Church not only is a source for Sacred Truth, but also holds the only "official" interpretation of Scripture. All other interpretations that disagree with the Church's interpretation are wrong.

It is my opinion that this verse teaches nothing of the sort. If this verse is not teaching that the church is the base or establisher for the Truth then what is it teaching? Is it really saying that Truth is dependent upon the church and is actually submissive to the church? I think not. Let us explore another possible option.

We note that the verse does not say (or imply) that church = truth, but that the church supports the Truth and lifts it up Truth (to shine before men). Based upon John17:17 and many others (see my article on the Authority of Scripture for more), it would appear that Scripture concludes that Scripture = Truth. 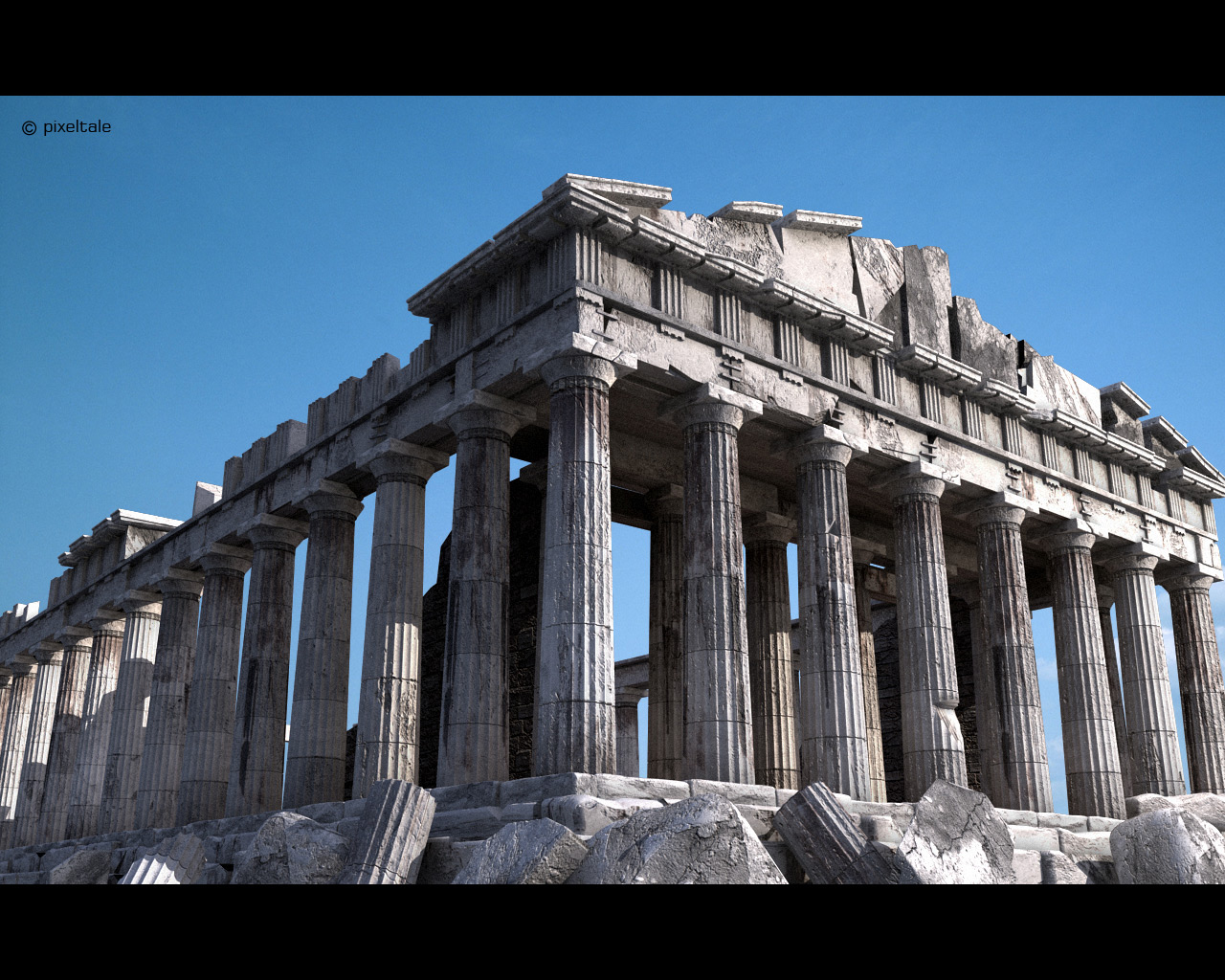 What does a pillar do?
You can see a picture of the Parthenon in Athens at the left. The the building is lined with pillars that support the roof. What does a foundation do? A foundation of a house or building holds the building up (from sinking). The job of both the pillar and the foundation is to hold things up. They perform nearly identical roles. The church is supposed to "hold up" the Truth (Scriptures) so that the world may see the Truth:
Matthew 5:14 "You are the light of the world. A city set on a hill cannot be hid.
Matthew 5:15 Nor do men light a lamp and put it under a bushel, but on a stand, and it gives light to all in the house.
Matthew 5:16 Let your light so shine before men, that they may see your good works and give glory to your Father who is in heaven.
The church does not determine the Truth; it has already been determined by God from eternity past: ...thy Word is Truth. John17:17 (as well as many other places. [esp. Ps119]). The church's job is to hold up the Truth and put it before men so that others can see it and be drawn to God through it.

Additonal clues.
Let us carefully read the rest of Timothy I 3:15 where the phrase "pillar and foundation of the truth" is extracted from to see if we can get any additional clues. The first part of the verse speaks of the instructing of "how one ought to behave in the household of God, which is the church of the living God". These instructions were given in chapter 2 and chapter 3:1-14, and are continuing through 3:15. What do these instructions (chapters 2 and 3) have to do with the pillar and foundation of the Truth? Simply put, the church is the reflection of God on earth. It is the light to this world. It does not generate the light of itself, but rather reflects the light from God. By the behavior of the church (assembly), God's Name is either glorified, or it is blasphemed. Paul was instructing Timothy and his sheep on how to behave themselves while they were together as a church. In light of this, the interpretation of the "pillar and foundation" presented above is makes perfect sense in its larger context. Paul is instructing on the behavior of God's people (who lift up His Truth here on earth) because Paul is interested in how God's Name is reflected to the world by these people.