Did John forget about the Bread?

A series of articles born out of critically thinking on the works of several Catholic Apologists and comparing their work with Scripture.

This is one controversial doctrine of the Catholic Church that I can at least understand how many might be able to form this doctrine from Scripture. While I don't agree with many aspects of the doctrine, I can appreciate how some passages might be taken and seem to teach some of the doctrine. But by God's mercy, we have the rest of His Word to check test doctrine against. And, in my opinion, when the whole of Scripture is examined, many holes in this doctrine are found.

John chapter 6
One Catholic apologist that I was reading questioned the intelligence of Protestants when John 6 "so clearly teaches the concept of the Eucharist." I have studied this passage in particular and writing a separate article just on this important chapter where it can be seen that this chaper . You can find a verse by verse study of this important chapter here.

Did John forget about the Bread?
It is stunning to me that the same Catholic apologist who leaned on John 6 so heavily in support of his view of the Eucharist failed to recognize that if John records Jesus's words in John 6 as support of the concept of the Eucharist, why doesn't this same Apostle John even mention the "This is my body" quote or even talk about bread or wine during his extensive recording of the last supper? If John really had the Eucharist in mind in John 6 and if he thought it was that important, how in the world did he fail to bring it up in his record of the last supper? It would be unconscionable especially considering that he wrote about this one event for 4 of his 21 chapters in his Gospel. I am not saying that the observance of the last supper is not important nor that John did not think that it was important, but only that John did not record it. This should put into question whether John was really speaking of the concept of "the Eucharist" in John 6 since he blows by it in the last supper. 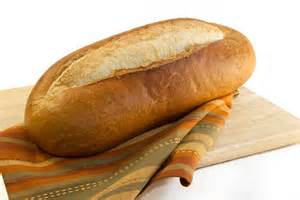 Bread as object lesson If Jesus wanted to convey what His sacrifice (death on the cross) would mean beforehand without having to actually go through it before it happened, what method would He have had at His disposal? He could not have used computer animation. He could have used pictures, but if He wanted a lasting remembrance of what it meant - something that could be repeated to remind people and something that would not have faded, what could He have used? To use bread and wine (both extremely common and available substances of that day and has continued to be so until even up to our day) would have been perfect... of course. If He wanted to give His apostles an object lesson about what was imminent while at the same time, give them and all the generations until He returns, He would have and did use bread and wine. Does this mean that the bread actually was His body or the wine His blood? I find it extremely believable and likely that He was using these objects as an object lesson for His apostles and us. If He wanted to explain how His body was going to be broken for us and His blood shed for us, and how we have to be in Him and He in us to be His followers, how could He have better illustrated it than by using bread and wine.

This is the sun

It is not unlike an illustration that a parent or teacher would teach their children about the solar system by using an object lesson that includes basketballs, soft balls, ping pong balls, etc. They would set the basket ball in the middle and say "this is the sun". They would place the softball away from the sun and say "this is Jupiter" and on and on. Is the basketball really the sun? Is Jupiter really the softball? Did the basketball turn into the sun? Of course not. They are simply representations of the real things. Jesus gave a representation of His body and blood with the bread and wine - they do not turn into the "real thing". If I have a kidney that I want to donate to my child who was relatively uneducated in such things and want to explain how this is going to happen to him, do I slice myself open and show him my kidney - of course not. I could use a teddy bear though and put a kidney bean into it and say "this is my body" when I point to the bear and say "this is my kidney" when I point to the bean and so on. Is this what Jesus was doing? He is so far above us that His apostles (and us) would need a child like object lesson from Him to help us understand. A lesson that could be easily understood, preserved, and passed down through generations.

Volumes upon volumes have been written on the Eucharist. I have nothing that I can personally add to what I have stated above and what has already been stated by many in many different ways. My advice is to look at what both Protestants and Catholics have to say about the matter. Then, study what Scripture says and see which view you think aligns with Scripture.